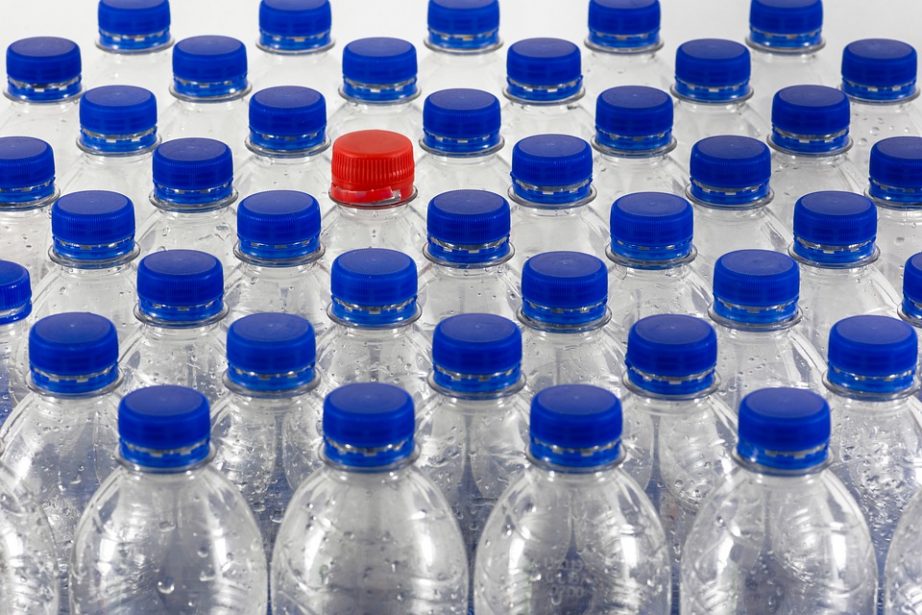 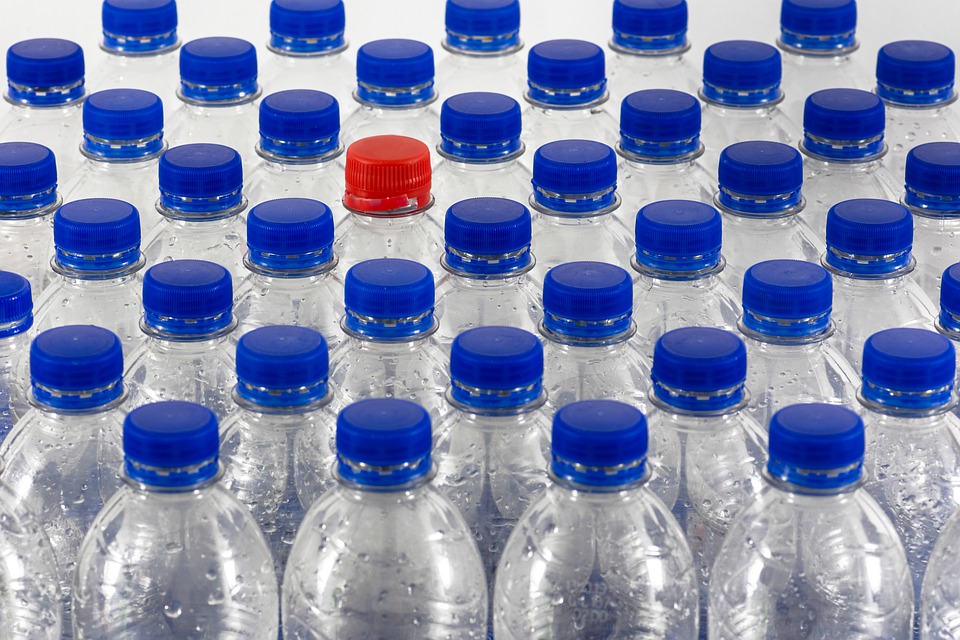 You don’t need to spend money on fancy water bottles, although nice stainless steel ones are worth the money because they keep your water cool. Simply re-filling a disposable water bottle a couple of times will save you money and stop the bottle going straight to landfill.

Don’t think that one person can do nothing! Many people doing one small thing will make a gigantic difference.

Because it is easy and quick:

It is so simple to just unscrew the lid and use the bottle again. You can even pop in an ice cube while you are at it.  If you run out of water when you are out and about check out the Refill app. It lists places that will fill your water bottle for nothing, with no fuss.

Because you can really help reduce pollution:

Recycling is better than chucking something away. It still uses up energy, time and fuel so it is much better if you can reuse something before you recycle it.  Want more info? read “What happens to plastic after you discard it.”

Empty water plastic water bottles are one of the major polluters in our waters. When I went on a litter picking trip with Bristol Waste they told me that single use plastic bottles are the one thing they always find. The plastic they are made of becomes brittle with time and exposure to sunlight. The brittle bottles split into shards that are hazardous to animals and humans alike. This kind of plastic never properly degrades, it just gets turned into smaller bits that get everywhere and into bloodstreams.

Because it will save you money:

If I bought a £1 bottle of water once a week that would cost £52 a year. If I refill that bottle just once it will save me £26 a year. I can reuse a plastic bottle at least 5 times before it gets too crunkly (you know what I mean, there just isn’t a word!). That brings the cost down to £10.40 a year, saving you £41.60 a year! That is money that can be spent on something lovely instead of frittered away on water.

Because you don’t have to worry about losing a nice bottle:

Reusing something that was destined for the recycling or landfill is liberating in some respects. If you lose it or leave it somewhere you have lost nothing. I have a lovely Klean Kanteen bottle that was pretty costly so I don’t like taking it out in case I lose it. I keep it in the car instead and it only comes out for refills.

Verywell fit have a good post about the safety of reusing water bottles. They say

“It should be safe to reuse a disposable water bottle as long as it is kept clean and it doesn’t show any cracks.”

Google gives mixed results about the safety of reusing disposable water bottles. Some sites are worried about chemicals leaching from the plastic, some are more concerned with bacteria from unwashed bottles. The BBC say that the chemical presence is so low there is nothing to worry about but if it does concern you it is worth spending a few quid on a BPA free bottle.  IKEA sell a nice bottle with a handle on the lid for £2. Read my post about good plastics for more detailed info. Whatever you decide, you will need to wash your water bottle every now and then.

I live in Bristol and I describe my tap water as somewhat flaky. We have lots of limescale and I descale the kettle more often than I’d like to. I tried jug filters and I’m just too lazy to remember to fill them. They also have a kind of fridgy taste. You can get charcoal filters that just sit in the water, they make it taste a little sweeter but you still need to bother to fill a jug or something with the water first. There are on tap filtration systems that I’ve not properly explored because of the expense. Basically, I’m lazy and for me to really settle into a new habit it has to be very easy for me.

There is a solution, which is to refill at stations that use large containers of water. We have them at college, they are dotted all over the city in places that are publicly accessible, it is just a matter of finding them.

Refill – for an interactive map of places to refill your water bottles.

Find a Tap – app to help you find a water tap near you.

Water bottles I like – my Amazon store has a selection of bottles I have tried and like. If you shop through the link I get a little commission and it doesn’t cost you any extra.