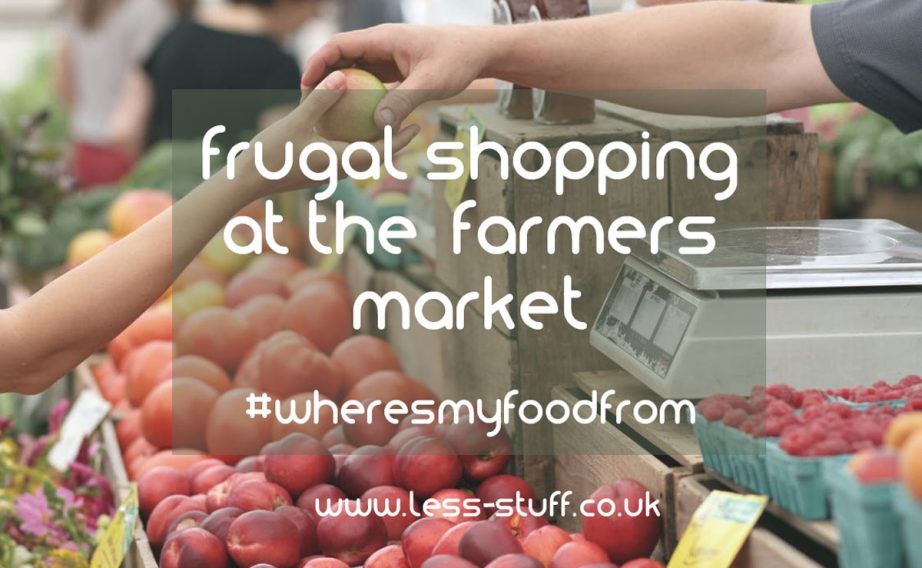 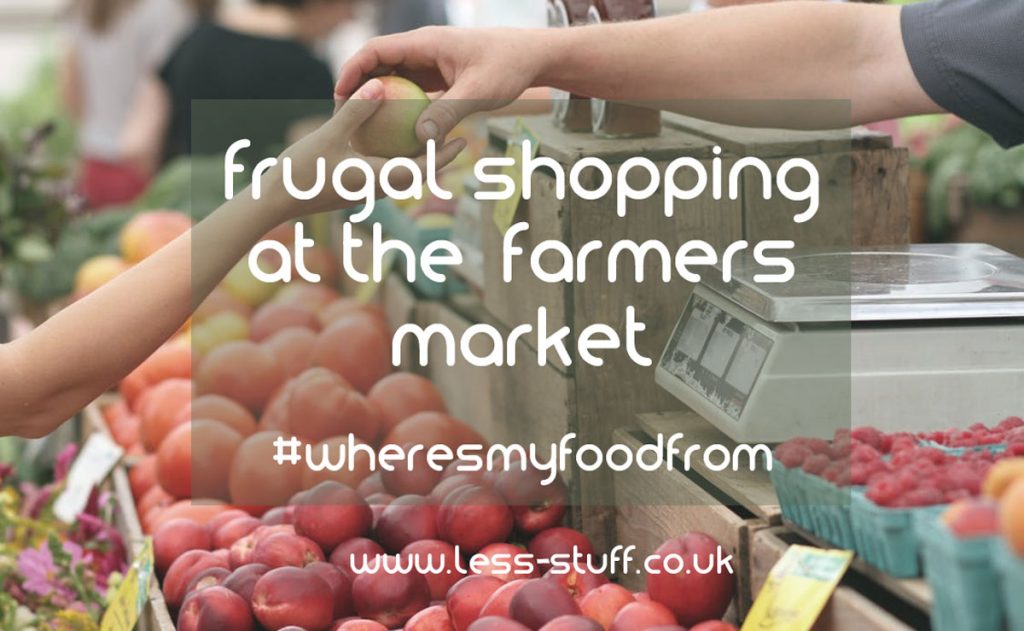 I’m taking part in the Live Happerley Challenge to know where all my food comes from. Our local Farmers Market is guaranteed to have stalls that come within a certain radius of Bristol. It is on once a week, in the center of town and there are many delicious goodies. It is all top notch stuff and is often organic which puts the price up higher.

My extra part of the #wheresmyfoodfrom challenge is to shop to a tight budget. I’m trying new things and if I can find a couple of affordable swaps for imported food I’ll consider it a win.

It is possible to get bargains and shop frugally at the Farmers Market. In my time spent freezing at the veg stall I learned a few money saving tricks and here they are:

Markets quite often set up early so they can catch customers as they are going to work. You will get the most choice if you go early.

If you don’t mind risking there being nothing left, try going later for bargains. Stall holders will often rather sell cheaply than bother to take it home and store it again. Some food might need to be eaten on the day too.

Ask for a deal

Ask if there are any damaged goods

Apple pies don’t care if the apples were bruised a little. It is easy to cut out damage on fruit and veg and cook it up into something lovely. Save food waste and save some money too by asking if there is any produce underneath the stall.

Ask which is the best value produce

The stall holder will know what the bargains are that day. They know their stock better than you can guess it by looking.

Most Farmers Markets only sell seasonal produce anyway, but the most economical veg will be the stuff that is in season. If there is a glut of anything the farmers will want to shift it fast so it doesn’t spoil, which often makes it cheaper. 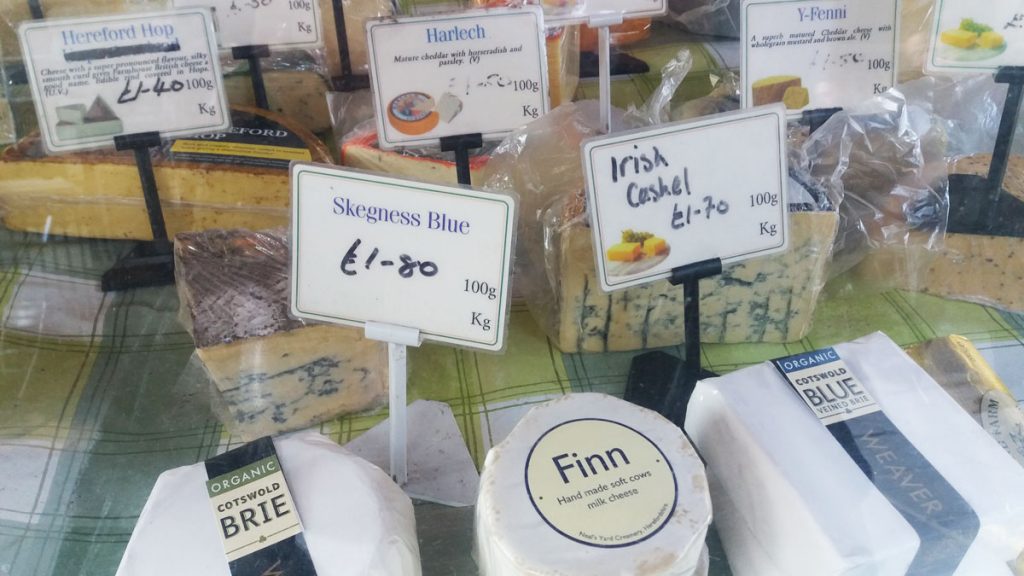 Look for duck or goose eggs, specialty cheeses from around the country, venison, pheasant or wild boar. You will not find them in most supermarkets.

Spend a lot of money

If you can do it, spend a hundred quid on a stall (you can freeze things!). Big spenders often get the edges of the bill knocked off.

If you go with a ‘must have’ list you are going to spend more money than if you let the bargains dictate your meals for the week. Go with an open mind, try new things. If you don’t know how to cook something just ask the stall holder, they are usually full of great recipe ideas.

Take a fixed amount of cash

Damage limitation. Taking just enough money means you will have to choose something over another thing but you will not over spend.

This is what I got for a fiver today

I went late and a few of the stalls had already gone. I only went with £5. I came back with this and 20p change. All of these were bought from stalls who either were run by the farm themselves or they could #namethefarm.

I bought the poshest bacon I’ve ever seen. 100g of the most sublime horseradish cheddar cheese and 6 duck eggs. There are a couple of meals in the eggs and one in the bacon (it is thinly sliced). The cheese isn’t going to last 5 minutes, it is incredible. 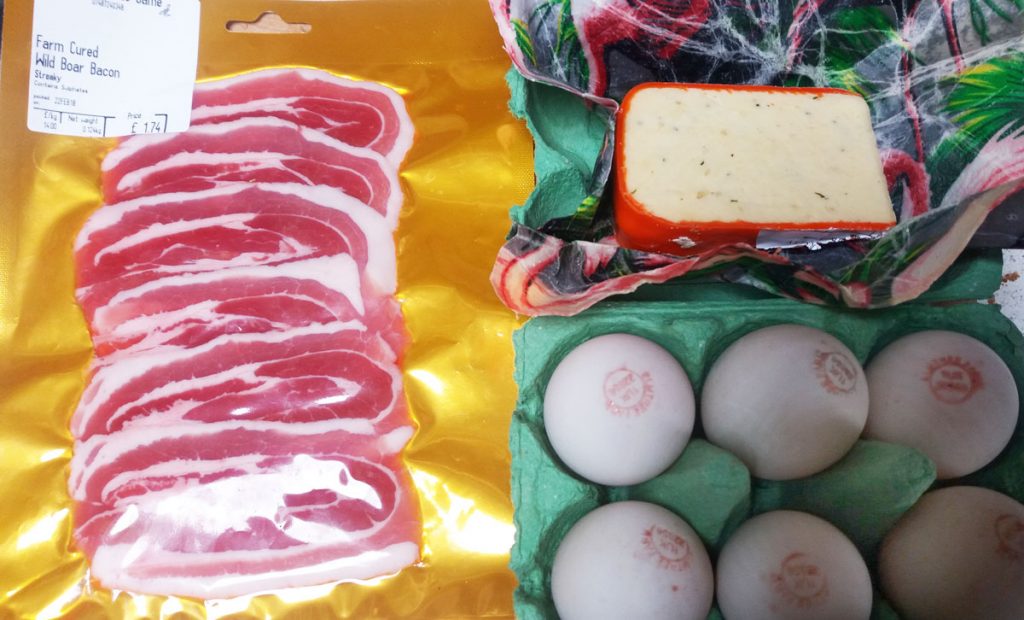